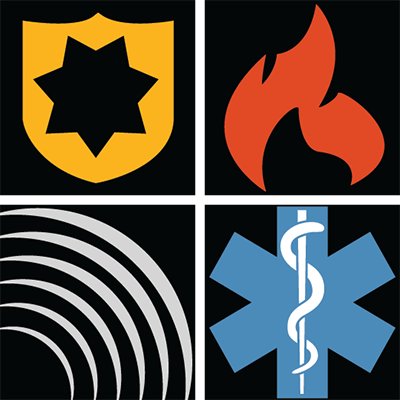 This info is geared more towards First Responders as that’s what FirstNet was built for. FirstNet was conceptualized after the 9/11 attacks as a more reliable means for Law/Fire/EMS to communicate effectively. Those of you who had to watch or even worse- respond to the WTC attacks know that our phones were absolutely useless that day. It didn’t matter who you tried to call, you kept getting busy signals and other strange sounds. There was no getting through.

In the wake of this, 15 + years later, the concept of a dedicated band for first responders was realized and rolled out.

I switched over to FirstNet about 8 months ago. I live in Palm Beach County (South Florida) and my service is excellent. FirstNet regularly provides download speeds over 120MB/s and call clarity is superb.

The moment I hit send on my phone, it is already dialing. Another thing- I’m a rebel and sometimes don’t turn my phone on airplane mode like the flight attendants tell me to. Mostly because I forget. I’ve gotten service up to around 8,000 ft with FirstNet which I though was pretty cool.

My phone bill is around $65 a month (before all the taxes which are always ridiculous) and it includes unlimited minutes, texting, data, and hotspot. In addition, any family members you have that are either on AT&T already or switch over, but do not qualify for FirstNet- a 25% discount is applied towards their monthly bill.

I travel a lot for work to rural areas these days. FirstNet is still being developed in some of those areas and is spotty sometimes. It is different than the AT&T network, so don’t expect the same coverage. It DEFINITELY did not work in Cuba (where as my AT&T phone did). That being said, nothing else worked in Cuba! Don’t ever waste your money on a ticket to Havana with your wife! You’ll find more Cuban culture in Miami by a long shot and you won’t feel so restricted by the Cuban government.

Alright, end of Cuba rant- overall, I highly recommend switching over to FirstNet. Not just because I’m a bit of a “prepper” but because the quality is great, the price is good, and it comes with peace of mind that we won’t have a repeat of the 9/11 communication breakdown (God forbid something should happen).

One other thing you should know- you can’t add family members on your plan. Only first responders- meaning only verified Police and Firefighters are allowed on the FirstNet network. Again, AT&T will offer you a 25% for your family members on a separate AT&T plan.

Verizon has since marketed a similar product to FirstNet. It is NOT a true, separate, priority network. They have done nothing more than create a new marketing strategy in an attempt to avoid losing out on Police and Firefighter business around the country.